In August I'll be meeting up with lots of other Docraft ATCers at our annual Luffy meet. This will be the third time I've been and I'm so looking forward to it. In past years it's been organised by the wonderful Barry and Janet, however, this year Janet will no longer be with us. She's very much missed, and Barry is doing a fantastic job of carrying on organising our meet on his own.
The meet is going to be a celebration in memory of Janet and her mother Bebe, and in Janet's honour the theme is Over the Rainbow. We're all making theme ATCs to swap- here's mine. 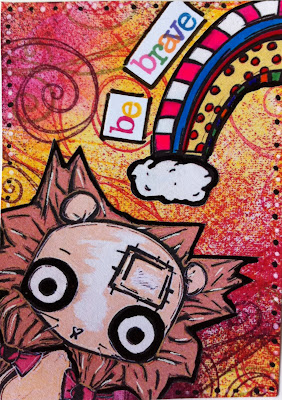 The lion is from the Octopode Factory's Over the rainbow set. The background is inked and splodged and stamped, and the images are highlighted with Sakura glaze gel pens.
Posted by Lisa at 3:52 PM

Pardon me Madam, but you have a swan on your head 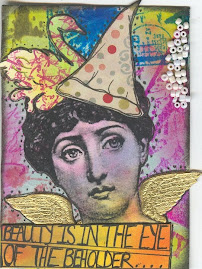 This is the first ATC that I couldn't bear to part with. 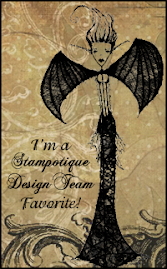 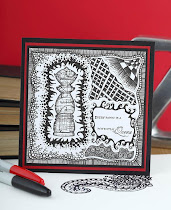 Proud to have been on the DT for

Past DT Member for

Proud to have designed for